Anthropologists and anthropology majors alike can attest that there is one question, above all, that gets asked of us the most. It isn’t about the difference between Foucault’s and Geertz’s theories or how to differentiate the right femur from the left. Instead it’s something we can all stand to wonder from time to time, “What is anthropology and what can you do with it?”

Though humorous to those in the field, this question is pervasive and is in constant need of explanation in order to legitimize the vast applicability of anthropology as a discipline. Furthermore, students trying to navigate their way through an area of study with no clear path could benefit from some answers.

Fortunately, I have had the pleasure of interviewing Hayden Reed, a third-year anthropology transfer student from the Exploratory Studies program, and Tara Clarke, a professor within the Department of Sociology and Anthropology at NC State since 2019. Clarke is a primatologist and conservationist who has been working in Madagascar with lemurs for the past 17 years. This interview was conducted to gain some insight into what one can do as a biological anthropologist.

Though Hayden’s anthropological journey began only recently, he has taken advantage of opportunities presented to him since taking Clarke’s Anthropology 251 (Physical Anthropology) course this past year, including a 4-credit hour independent study, a teaching assistantship, and overall taking the initiative to engage with the department.

The Duke Lemur Center (DLC) was founded in 1966 as a non-invasive research facility. Today it houses  more than 200 lemurs across 14 species — the most diverse population of lemurs in the world, outside of their native Madagascar. Through conservation breeding programs, educational outreach (i.e public tours, internship programs, and volunteering), and community-based conservation initiatives based in Northeastern Madagascar, the DLC spreads awareness about the tremendous threats lemurs are facing in the wild, and what individuals can do to help protect them.

Hayden had the opportunity to explore these things first hand with an independent study under the advisorship of Clarke. Over the course of two months (May-July), he spent four days a week collecting behavior and feeding data on two groups of free-ranging ring-tailed lemurs (Lemur catta).

Hayden’s research project focused on the development of feeding behavior in infant lemurs. More specifically, Hayden was interested in investigating whether this species relies on trial and error, social learning, or a combination of both when learning what foods to eat.

Data collection focused on what infant ring-tailed lemurs ate, for how long, and their social interactions during feeding. Through analysis, Hayden hopes to determine how lemurs develop their feeding habits and to find out which parent a lemur’s learned behavior may come from.

Want to learn more about primates and the efficacy of conservation strategies
under real-world circumstances? Sign up for Clarke’s Spring 2022 course.

Learn about the course

As for their motivations for working with these incredible animals, Clarke explains that it is “a real honor being able to work with these critically endangered species and [to] spend some time with them and being able to hopefully inspire other people to [study, if not] learn about and appreciate them, as well as spread some lemur love.”

She feels very passionately about educating others on why lemurs are endangered and why they are in need of protection. To continue, both agreed that the staff at the DLC make the experience that much better while getting to work with “our most distant primate relatives”.

Additionally, she notes that being able to show students what it is like to research lemurs in the field is a fantastic opportunity. Hayden reflects on his opportunity to see the infants he observed for his study grow up and the attachment he feels for these animals and their unique personalities.

When asked about a behavioral trait that they wanted to teach others about, Clarke immediately thinks of the many lemur species that are female-dominant (including ring-tailed lemurs!) and how this makes lemurs quite unique compared to other primates and mammal species.

Despite Hayden initially thinking the same thing, he brought up “stink fights” which are done by territorial male ring-tailed lemurs to mark their territory within or between groups and as a form of male-male competition during mating season. He also talks about the action of “stink flirting” which males use to entice females to mate with them. This process is done by rubbing their tail with secretions from scent glands located on their chests and wrists and wafting the scent in the general direction of their targets.

Though they emphasize that lemurs should never be kept as pets, Clarke finds dwarf lemurs to be “too cute for words” and Hayden finds the ruffed lemurs to be similar to dogs in that their mannerisms are quite closely matched.

With hopes of continuing his research at the DLC, Hayden is grateful for the opportunity he had to “dip his toes in”. With interests in animal behavior and conservation work, the ability to have hands-on experience working with lemurs and with an expert in the field, Hayden is finding his path in anthropology in the most fulfilling way.

This story was written by Shelby Feirstein, a Department of Sociology and Anthropology Student Ambassador who is pursuing a major in anthropology and minors in genetics, forensics and French. 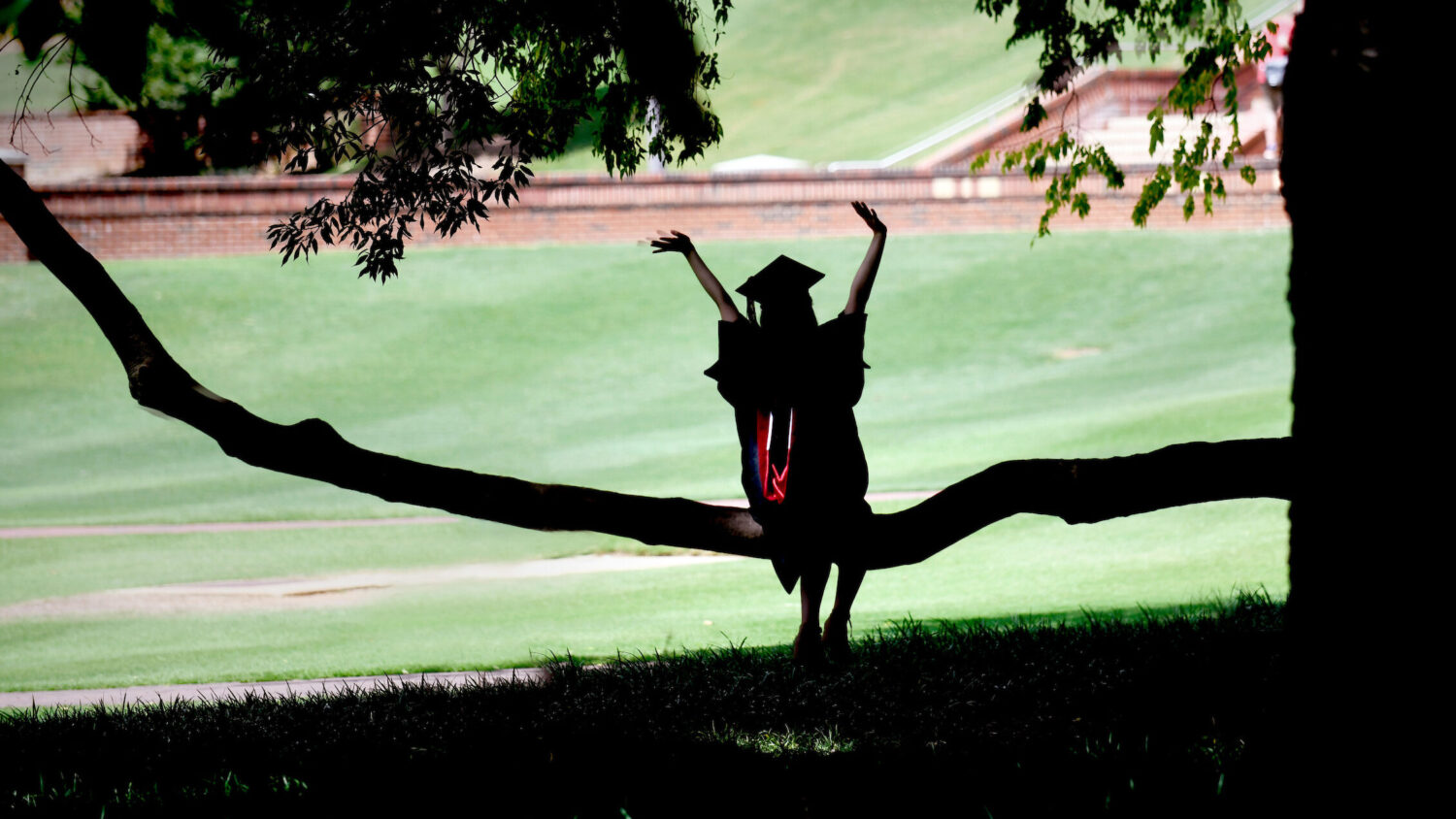 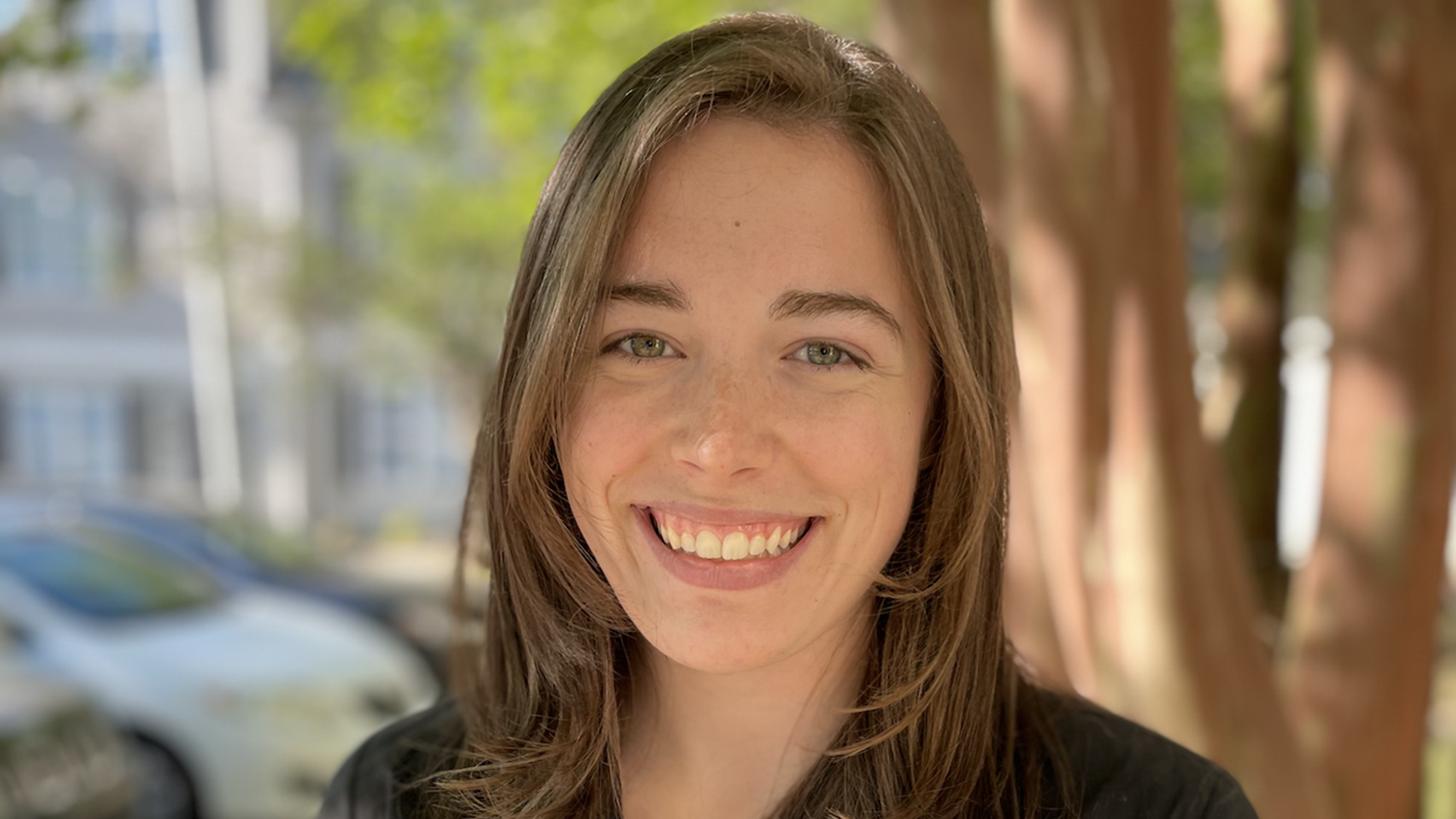